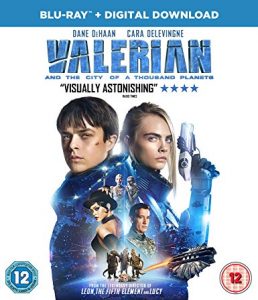 Ok, straight off the bat I need to say that I love the film The Fifth Element. I just think it’s awesome and one of my all-time favourite movies.

I had super high hopes for this movie, I was really excited… yet after watching the film I left the cinema feeling oddly numb… and not just in my ass.

I’m taking it as read that you have either seen this movie or have an idea about what it is, so I’m not going to hit any plot motes. Just my thoughts about the film.

OK, Lets start with some good stuff, visually this film is stunning! Absolutely beautiful, just drips detail in every scene and is amazing. The opening with the blue folk and the little pearl pooping armadillo things was lovely and actually made me sort of want to go somewhere and sit on a beach. I don’t think I can think of a better-looking film.

Story wise, yeah, I liked it, quite a simple and straight forward tale which was perfectly acceptable to me, I wasn’t expecting a war and peace style tale of epic woe, just something to keep it moving. I did have one slight problem with it though, which I will come to shortly.

I think the problem I had with this film was the acting. I don’t want to be rude about Dane DeHaan, I really loved Chronicle, but I hate to say it, he was absolutely terrible in this movie. Just wooden, awkward, not charming, not likable and not liking the lead in a film leads to a terrible disconnect. I just didn’t like him. Cara Delevingne. I love some of her facial expressions in this movie, but sadly, she had no chemistry whatsoever with the wooden Valerian and this also hurt the movie, it’s not that she was bad, it’s just that she didn’t have much to go on. I just feel the film was woefully miscast and it suffered for it.

As the film was based around these two and with the lack of chemistry and in some cases just awful acting, I never felt like I cared about them. I found the usually very cool Clive Owen to be, well I don’t want to say bland here but if I didn’t then I have just put bland in the thesaurus. 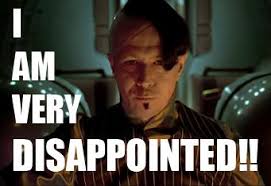 Lots of other people here though really made the most of what they got and I have to say Rihanna was great. Honestly, I know people will have seen Battleship and be saying no Simon, just no, but she was fab. The problem, well, remember the problem I mentioned with the story a bit ago? Her entire section in the movie just is not needed, if you think about it it’s literally a side track if it were a video game her bit would be a side mission that you wouldn’t need to do in order to complete the story. Some of the better acting moments, the pimp chap was quite fun, in the entire doesn’t need to be there.

The more I think about the film, the more disappointed I am. I wanted to love it. Imagine if the male lead was someone else? Obviously wouldn’t be, but say Chris Pratt or someone like that. Less wooden, more likeable, more fun? I would have liked the lead more, I would have cared more, it would have uplifted the entire movie. I probably sound quite damming towards DeHaan but I really do think he’s good, Chronicle for example (again!) but he wasn’t right for this role and it really hurt the movie.

I am going to watch this movie again yes, but it will be when it pops up on Netflix or Now TV and the like, it won’t be a blu ray purchase, which makes me a little sad inside as it should be!

I think moving forwards they could salvage the franchise, maybe a TV show based on “Alpha” with 1000 different species living there they would have endless stories and characters to run for years or until Fox cancelled it on a whim like so many other shows. I’d watch a second movie also to be honest, if they tweaked the cast a tad, but overall, I just found this movie to be disappointing and it’s made me a little sad. 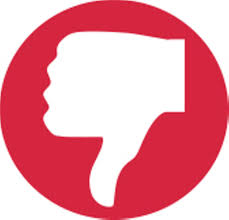